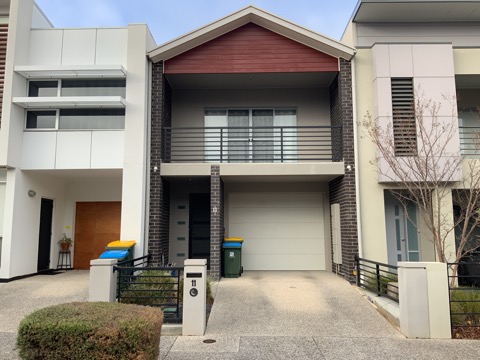 Legro Lawyers were delighted to represent a client in a Building Litigation case, in which our client was awarded compensation for ‘slab heave’.  The following story about this case was published in The Age on 2nd April 2014 (writer Simon Johansen).

Australia’s largest home builders are on notice after a Victorian tribunal awarded a property investor nearly $300,000 for ‘slab heave’ faults found in a western suburbs house.

Home owners generally shy away from taking on builders because of the cost and difficulty of proving them at fault.

In Mr Hooper’s home, cracks started appearing in 2007, soon after he moved in.  within a year, the bedroom window would not open and after he had moved interstate, his tenants complained that the front door jammed, his lawyers told the Victorian Civil and Administrative Tribunal.

The faults were caused by a defective “waffle” slab built on inadequately compacted soil by the home’s builder, Metricon, the tribunal found.

Metricon told the tribunal the slab heave was due to Mr Hooper landscaping the garden.

“The builder knew that the soil on the site was highly reactive and required the slab to be designed by an engineer,” the tribunal said.

“It knew the importance of follow the engineer’s design so as to ensure that the house was built upon a proper foundation.

“It ought to have addressed the problem then instead of proceeding with the construction of the house on a manifestly defective foundation.  The damages now are substantial, but that is a problem of its own making.”

Lawyer Hayden Legro said the case was the first to win replacement costs for an entire home and had “potential ramifications across the building industry.”

“A lot of these houses were built during the boom times of 2007 to 2009 when they were putting these things up at an incredible rate and not having the usual safeguards of doing things properly,” he said.  “It was an outrageously bad build.  You wouldn’t have wanted to have purchased this house.  That’s why it’s a knockdown; it’s a fair result.”

But getting compensation for others with defective homes depended on the merits of each case and owners having deep financial pockets, Mr Legro said.

Metricon had not made a decision about whether to appeal against the decisions, a spokeswoman said.  Others, such as class action law firm Slater & Gordon, have taken on similar ‘slab heave’ cases.